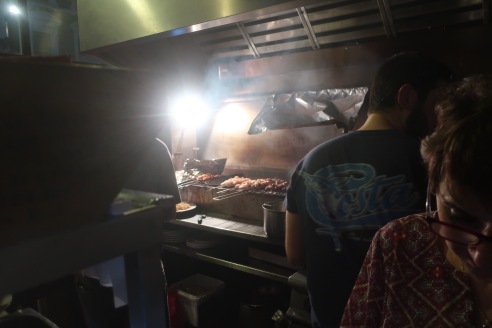 THE Greek restaurant was a feature of London life for my parents’ generation, pioneers of what we now term ethnic cooking, all along Charlotte Street, around Camden Town, the iconic Kalamaris and its micro version in Bayswater, the latter still trading in the mews after 54 years. Limonia has dominated Primrose Hill for 40 years old now.  I found a single second hand review of Tsiakkos and Charcoal from the Guardian from an article about where chefs like to eat from more than 10 years ago. Harden’s does not list it. Time Out does not mention it. Maybe that is because it is W9 which means the Harrow Road to most people but Norf Kensington to estate agents. There is a lovely review on TripAdviser where someone was having their hair cut in the idiosyncratic barbers opposite and noted his cutter’s kebab and immediately crossed over for dinner and has become a regular convert since.

I love restaurants like this – family run, hospitable, low key. They are what the Good Food Guide used to be known for discovering. The décor just stops at one round of tongue and grooving. It is not caffe-esque, it is caffe. If it did breakfast it would be egg and bacon and a slice with margarine. Beans 50p extra. The Formica tables and mustard pot glasses must have survived from the early days. The back is more of a canvas tent, which has a bit of a local reputation for parties among the young professionals who have colonized this part of town – it is a no choice mezze for £25 which may count as one of the capital’s major bargains. 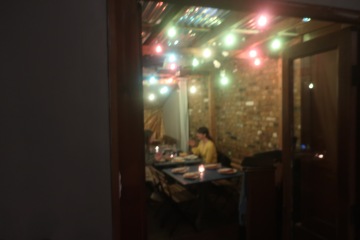 The smell of the charcoal wraps itself around you like a scarf as you go in. You are greeted by a dark room that has not so much been designed but had tables rearranged to suit everyone before you got there. There is one wall sculpture of fish swimming. I think they are saving on the electric bill. 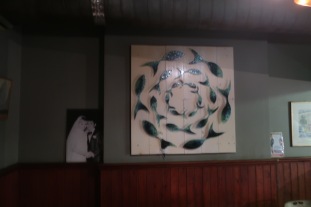 The Greeks have their own ideas of what a tavern should be – everyone (or the women should) prepares the food all day for the mezze and everything should be ready before the guests come so they have time to concentrate on their customers while the men can tend their hot fire and meats. So the conversation goes something like this:

I guess quite a few people get that line. 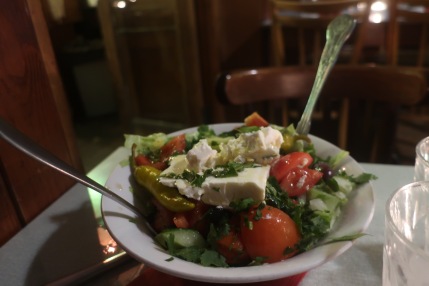 Down to business there are the usual tarama, tsatski, local sausage, the said salad, not listed as Greek but as feta, possibly because it also had kalamata olives and peppers and was cutely dressed, and was indeed refreshingly great and a necessary offset to an otherwise carb and protein heavy manifesto. The grill will deal with seabass, sheftalia and souvlakia, there are also variations on homemade sausages but perhaps more interesting are the slow cooks like burnt pork. The moussaka gets many many mentions on TripAdviser which rates it the 3,921st best restaurant in London but it only has 109 reviews in total, pretty much all saying excellent or very good or just amazing, and they span a while, one reviewer says he has been going for 30 years).

The killer for me was the kleftiko on superb rice, the meat collapsing into a definitive, degenerate fatty mess. It broods, still steaming, on the table seductively lit only by a tee-light.

You could have a great big fat Greek wedding here, a memorable reception to boot. They are happy to do a whole suckling pig to order.

Cash only, and yes best to book 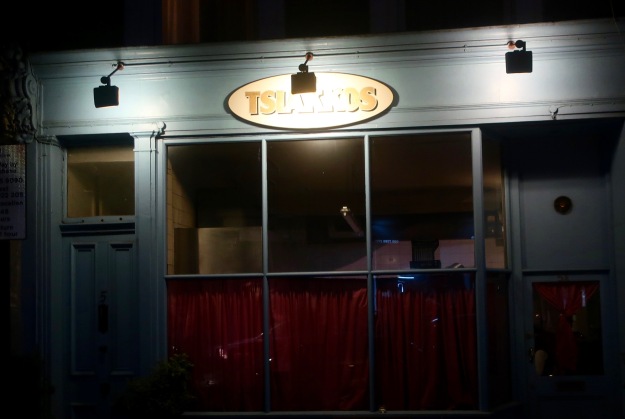 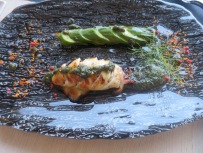 squid on another plate